My first library talk in Derby was at Spondon Community Managed Library on 7 May.  A very engaged audience, who posed a lot of great questions about writing and mental health. 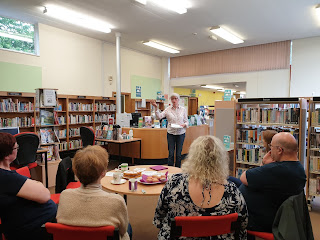 The first ever hard copy review of my novel appeared in the May/June and June/July editions of a local magazine series edited by Becky Beach. This series of business directories is circulated across north London and includes: The Barnet Local; High Barnet Local; N14 Directory; N21 Directory; Crouch End Connection; Highgate Handbook; and Muswell Flyer. You can read the review, written by Dominic Stevenson, online here - and don't be misled by the fact that the page features the cover of another book also reviewed in June!

My interview with Barnet TV, about my novel and mental health awareness - from May this year - was put online this month. You can check it out on YouTube here and Barnet TV's website here. 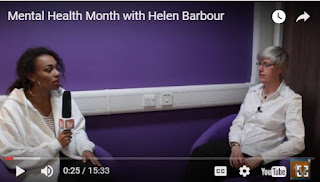 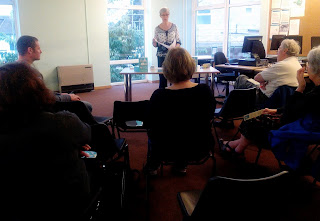 This month I continued my tour of Barnet's libraries by taking my Perfectionist's Guide to Writing a Novel talk to Osidge Library. A small, but very engaged, audience welcomed me - and kept me on my toes with plenty of questions afterwards, both about my writing and living with obsessive-compulsive disorder.


'An interesting and lively talk.'


This month marked my first appearance as a tutor at the popular and prestigious Swanwick Writers' Summer School, where I spoke about Self-Publishing: the pros, cons and practicalities of 'doing it yourself'. The feedback afterwards was great:


'The best course I've ever attended on self-publishing.'

You can read more about this annual summer school here.

Mental Health Awareness Week ran from 16-22 May and, as part of that event, I visited Barnet Council to deliver three talks to staff on my experience of living with obsessive-compulsive disorder.

Earlier in the month, author Jane Davis featured me on her 'Virtual Book Club' page, where she puts questions to authors about their books, to encourage book clubs to read them. My interview with her is here.

Finally, I was honoured to be awarded an indieBRAG Medallion for my novel, The A to Z of Normal. BRAG stands for the Book Readers' Appreciation Group and their stated mission is 'To discover talented self-published authors and help them give their work the attention and recognition it deserves.' They apply a rigorous selection process and only award medallions to 10%-15% of the books submitted to their organisation, so I'm very proud that my work has been given an award and is now listed on their site.

My publishers, SilverWood Books, invited me to share my thoughts on how to build an audience for talks and author events and you can read my article here.

The month began with the exciting discovery that my novel is now available in four of Barnet's libraries: North Finchley, Chipping Barnet, Church End and East Finchley. I spotted it, by chance, amongst the books waiting to be shelved in North Finchley Library!

This can be reserved to borrow via any of the borough's libraries and, much to my delight, all four copies were out on loan within a matter of days.


On 20 February, I was back at North Finchley Library to deliver my talk, The Perfectionist's Guide to Writing a Novel. There were some good questions from the audience at the end, including one from the youngest attendee - my six-year-old neighbour who had insisted on joining her mum there! 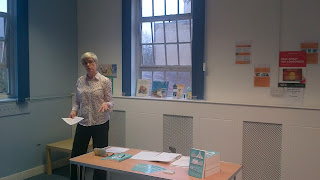 I was delighted to be approached by the editorial/publicity manager for Warren Adler, who wrote The War of the Roses, to feature on his Writers of the World page. This page gives writers the opportunity to share their reflections on what inspires them to write and what writing means to them. You can read my contribution here.

This month's highlight was a guest interview for Like-Minded Magazine, which you can read here. This online magazine takes an in-depth look at a variety of mental health conditions, with the help of contributors from around the world.

'Like-Minded Magazine was established to...demonstrate that individual potential can still be reached despite not leading a "normal" life, and offer insight and inspiration with an emphasis on honesty and connection.'

Marketing company, CreateThinkDo, chose my publishers, SilverWood Books, to be their first featured Partner of the Month on their new blog and invited me, as one of SilverWood's authors, to write about My Road to Self-Publishing, which you can read here.

Friern Barnet Community Library hosted my talk, The Perfectionist's Guide to Writing a Novel, on 14 November, during which I spoke about how and why I wrote my debut novel and also my experience of living with OCD. There was a good turnout, with great feedback, and a lot of interest in my book, from which I read a short extract. 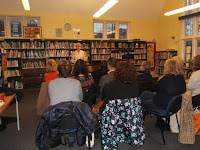 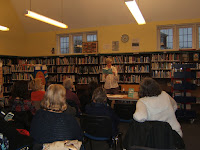 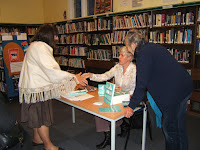 An approach by a Canadian journalist led to my being featured in an article about obsessive-compulsive spartanism in The Atlantic online magazine - with a nice reference to my novel in passing!

The Guardian newspaper also invited me to participate in the launch of their new Guardian Masterclasses' blog, as one of their success stories - I attended a self-publishing masterclass in 2013, which kick-started my journey to publication.

And the charity OCD Action added me to their Creative Community page, where they share creative works about OCD.

The end of the month saw my first book sale in my local Waterstones and, to go with it, a new shelf label from Aarti, the second staff member to have read my novel: 'A light & engaging read that covers its subject in an enthralling way. And...it's written by a lovely local author! Amazing!' Thanks to all the staff, including manager Sam, for their support.

The month opened with a feature in my local paper here in London, the Hendon & Finchley Times, about my novel and living with OCD. This appeared in the print edition, on a page of articles about matters of the mind, and also online.

...and closed with the appearance of my book in the North Finchley branch of Waterstones, where it shared shelf space with J G Ballard and Iain Banks, and had a host of other illustrious authors surrounding it, including Louise May Alcott, Kingsley Amis, Kate Atkinson, Margaret Atwood, Jane Austen, Samuel Beckett...and, err, Jeffrey Archer. With thanks to Gareth for the write-up underneath: 'A brilliantly observed debut novel from one of our nicest local authors... Meet Clare Thorpe and her precise life, but charming disorder lies in wait.' 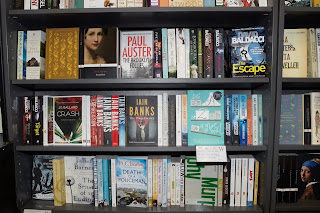 Media and online coverage about my book launch included:

An article in my home town paper, the Lichfield Mercury, which you can also read online.

And my alma mater, Lancaster University, picked this up on their website, with an item to follow in the 2016 edition of their alumni magazine, Steps.

My first book sales' statement revealed 178 books sold in the first two weeks of release, ie to the end of June. Add to that my face-to-face sales of 56, to make a total of 234 confirmed sales so far - very exciting news to end the month.

The official launch party for my debut novel, The A to Z of Normal, was held on 24 June in the cafe/bar of the fabulous art deco Phoenix Cinema in East Finchley, London.

There was a great turnout with fantastic support, making it a truly memorable evening.

Guests were able to share in some of my journey as a novelist, when I took a few minutes to talk about how and why I came to write my first book.

And selling thirty copies on the night finally brought home the reality of publication!

Consultant psychiatrist, author and broadcaster, Dr Raj Persaud, interviewed me about my experience of living with OCD and my debut novel, The A to Z of Normal.

You can listen to this interview on YouTube or download it here via the free iTunes and GooglePlay app ‘Raj Persaud in Conversation’ – links to both apps are at the bottom of that page.

Hi there, if you've come to this blog because you have an interest in mental health, please check out my posts prior to 2017. Since January 2017, I have focussed on dementia and elderly care. Either way, I hope you find something here to entertain and/or inform you!

Check out my interview with Barnet TV - now available on YouTube!

Review of The A to Z of Normal

'A superb read. I liked its bite. It is frank and unflinching.'

My book has been awarded an indieBRAG medallion!

The A to Z of Normal

Read my guest posts for:

Read my article in: